The Chapman Research Station was established by the Department of Agriculture in 1902 as a demonstration farm to train recently settled local farmers. Research was carried out for the higher rainfall and fertile soil areas of the State such as Chapman Valley and Northampton.

Its initial objectives were to determine whether the district was suitable for cereal production and stock raising.
After 1910 the main interest at the farm shifted to seed wheat and experimentation with new varieties, one of which was named “Nabawa”. The majority of research carried out at Nabawa was crop variety testing, crop rotation, tillage and disease control. Several sheep and goat experiments were also conducted. 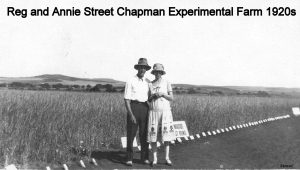 Between 1918 and 1938 the farm stocked merinos but attempts to improve pasture were not successful. From 1939 to 1965 the merinos were replaced by Border Leicester ewes and South Down rams for the production of lambs. In the latter part of this period experiments resulted in crop yields increasing by 50% and doubling of stock carrying capacity.

The department set up the 320 hectares East Chapman Annexe at Northern Gully to research the yellow sandplain soils where productivity was low and wind erosion a major problem. Since then, farmers doubled their yields on that type of soil and markedly improved the sustainability of the farming system. 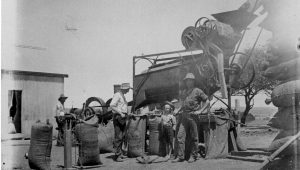 The Research Station later disposed of most of its sheep and acquired about 120 breeding cattle in order to study the problems associated with cattle feeding in a district with a short winter season.

A research centre was also established at Mullewa for areas of decreased rainfall, but operations ceased due to inadequate soil types, logistical difficulties and budget restrictions.

The Chapman Research Station at Nabawa was sold by public auction and bought on the 1st April 1995 by the Vlahov family which joins their farming properties at Dindiloa. 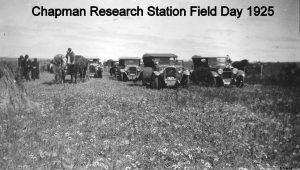 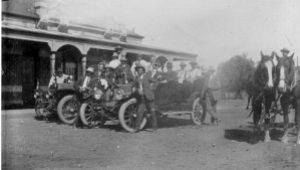 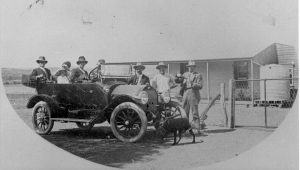 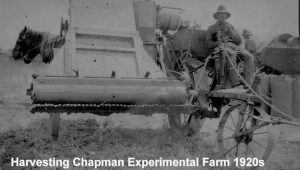 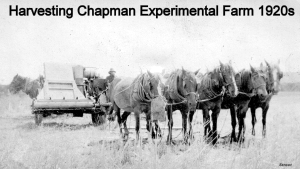