The Story of the Ted Porter Cottage and the Restoration

By the early 1950s it would appear that the Upper Chapman Road Board were financially sound and with the growth of the district the decision was made to employ an “Assistant Secretary”.

Ted Porter was appointed to the position and this young eligible newcomer to the district was never short of a partner at the local dances. He enjoyed playing golf at the Chapman Valley Club even though the ‘rough’ on that course sometimes tested him.

The Upper Chapman Road Board built this house for Ted and the McDonnell girls, residents in Nanson, remember thinking “What a tiny house for someone to live in!”

Ted did not live in the house for very long. He only prepared his breakfast and lunch in the house as he always purchased his evening meal from Mrs Ella Murphy.

Mr Trevor Murphy, the Road Board Secretary, died suddenly on 5th March 1955 and Ted was appointed acting Secretary of the Upper Chapman Road Board for a short time.

A number of people lived in the cottage in the years that followed; however, once it was unoccupied it fell into disrepair.

In 2010 groups of supervised prisoners from the Greenough Regional Prison restored the cottage to its present state.

Museum members now refer to the restored building as the “Ted Porter Cottage”. 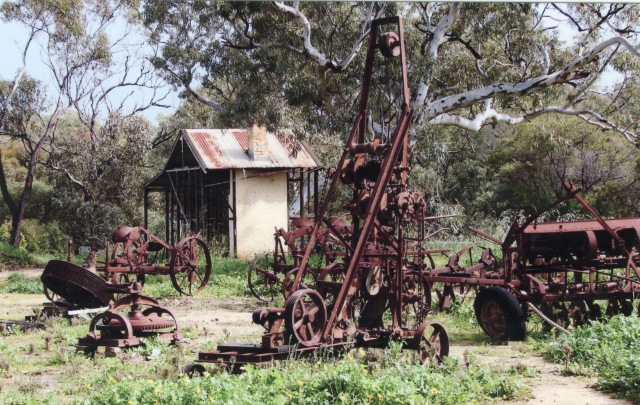 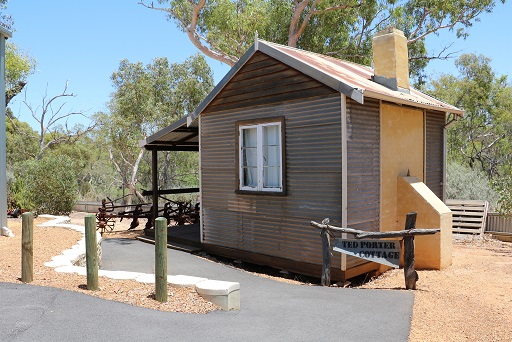