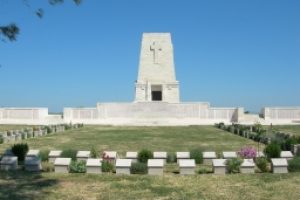 War Service: William enlisted 17 Feb 1915, at Geraldton, WA, aged 34 years 9 months. He embarked 26 Apr 1915 per HMAT Hororata from Fremantle, WA to be taken on strength at Gallipoli Peninsula 28 Jul 1915. One month later on 29 Aug 1915, William was reported missing and after further enquiry, it was confirmed he had been killed. The battalion had been involved in a raid on Hill 971 around the time of his death. It was reported that William was killed instantly by a Turkish sniper, not an uncommon fatality at Gallipoli.
Killed in Action: 10 Aug 1915 at Gallipoli, Turkey, aged 35 years. William has no known grave.
Memorial: The Lone Pine Memorial, Gallipoli, Turkey
Medals: 1914-15 Star, British War Memorial, Victory Medal