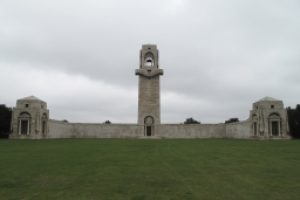 War Service: Joseph enlisted 19 Apr 1915 at Geraldton, WA, aged 27 years 4 months. He embarked 06 Jun 1915 per HMAT Geelong, from Fremantle, WA disembarking at Alexandria, Egypt 30 Jul 1915. Four days later he joined his battalion at the Gallipoli Peninsula. Joseph was admitted to hospital with diarrhoea 06 Sep 1915. He rejoined his unit from Sarpi rest camp, Mudros, Lemnos 19 Nov 1915. His battalion embarked per HMT Lake Michigan to Egypt disembarking at Alexandria 06 Jan 1916. The battalion moved on to France 30 Mar 1916 and in July arrived in the Somme and was committed to fighting around Pozières. They took part in a major attack starting just before midnight 23 Jul 1916. It was a costly success with the 11th Battalion taking heavy casualties. Joseph was killed during this action and like so many others, his body was never found.
Killed in Action: Between 22 to 25 Jul 1916 during the Battle of the Somme, France, aged 28 years. Joseph has no known grave.
Memorial: Villers-Bretonneux Memorial, France
Medals: 1914-15 Star, British War Medal, Victory Medal