Lot 9501 of Mt Erin Estate on Norman Burgess’s Carney Hill Farm
6.15am
15th March, 1943
Beaufort Bomber A9-173
Plane crashed into a hill and was completely destroyed and the 8 airmen on board perished.
Airmen buried at War Graves Cemetery, Utakarra on 18th March, 1943 and the plane removed by the Repair and Salvage Unit

During World War 2 many people were able to recognise types of aircraft, not only by sight but by their distinctive sounds so at around 6.00am on 15th March, 1943 the Murphy family of Red Hill, Yetna were alerted to the sound of a Beaufort Bomber flying really low and labouring, then an almighty explosion. Realising there was a disaster Laurie Murphy saddled his horse and set off down Murphy Norris Road towards the sight of black smoke. As he rode he could hear bullets exploding and see smoke coming from a flat topped hill on Norman Burgess’s Carney Hill property, cutting through the fence he rode towards the crash site to see a plane completely destroyed and the air crew beyond help.

The RAAF authorities were alerted and arrived to cordon off the area.

The plane was Beaufort A9-173, a small Bristol Beaufort bomber plane. It had left the Geraldton airport early in the morning in very overcast conditions heading for Carnarvon. The plane was fully loaded and it appears the pilot was unable to climb above the fog so he decided to return to Base. However the plane struggled and crashed into a hill about 2 miles east of Yetna siding. The airmen killed in this fatal crash are buried in the Geraldton War Cemetery adjacent to the Geraldton Civil Cemetery in Utakarra.

The plane and crew were part of No. 14 Squadron formed at the RAAF Base at Pearce airport, 35 kms north east of Perth, on 6th February, 1939. Its function was to patrol the coastal waters of Western Australia during World War 2 but was not involved with any combat. This plane had arrived at Pearce in December, 1942 and would have been involved with coastal patrols from Albany to Exmouth.

When Peter and Kath Cole sub-divided this area naming it Carney Hill Estate they felt there should be some recognition of the 8 men who had lost their lives in this plane disaster and they chose to call one road Beaufort Close. The actual crash site is inaccessible as it is on private property.

The Chapman Valley Shire has recently erected a memorial on the roadside of Beaufort Close as a tribute.

Further notes are at the Chapman Valley Museum at Nanson.

The ABC Midwest & Wheatbelt interviewed Delma Attrill and produced this video. Watch it on their Facebook page HERE. 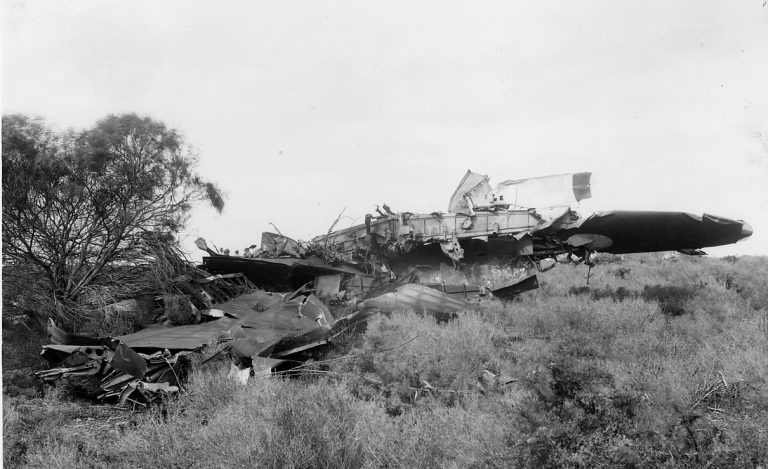 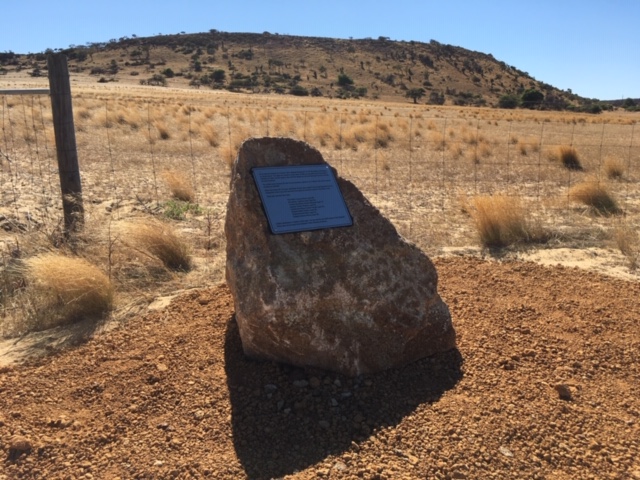 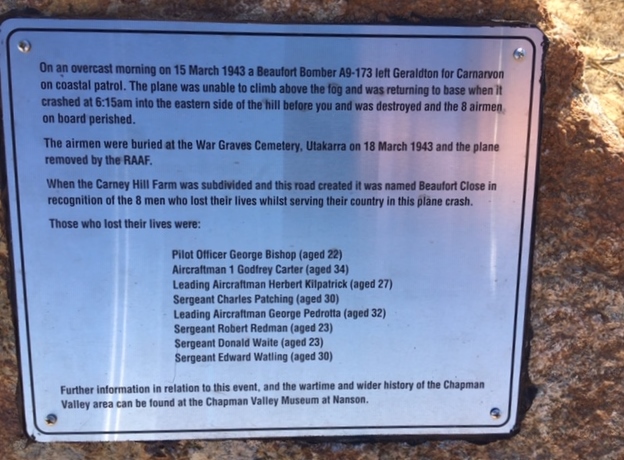 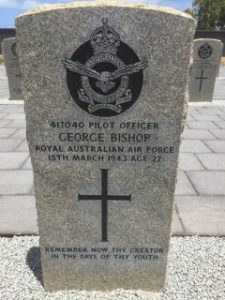 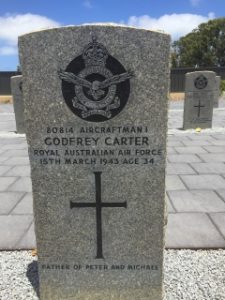 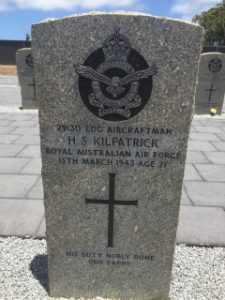 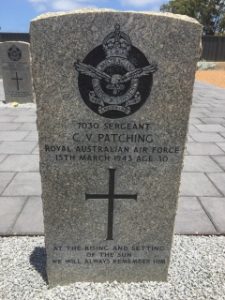 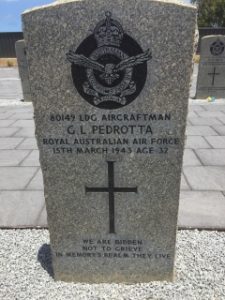 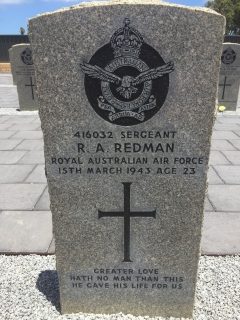 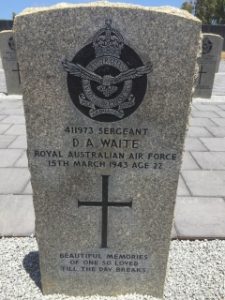 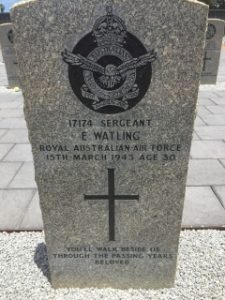